A leader we can believe in.

Toby Barker serves as the 35th Mayor of Hattiesburg. He previously represented Central Hattiesburg as the House District 102 State Representative. 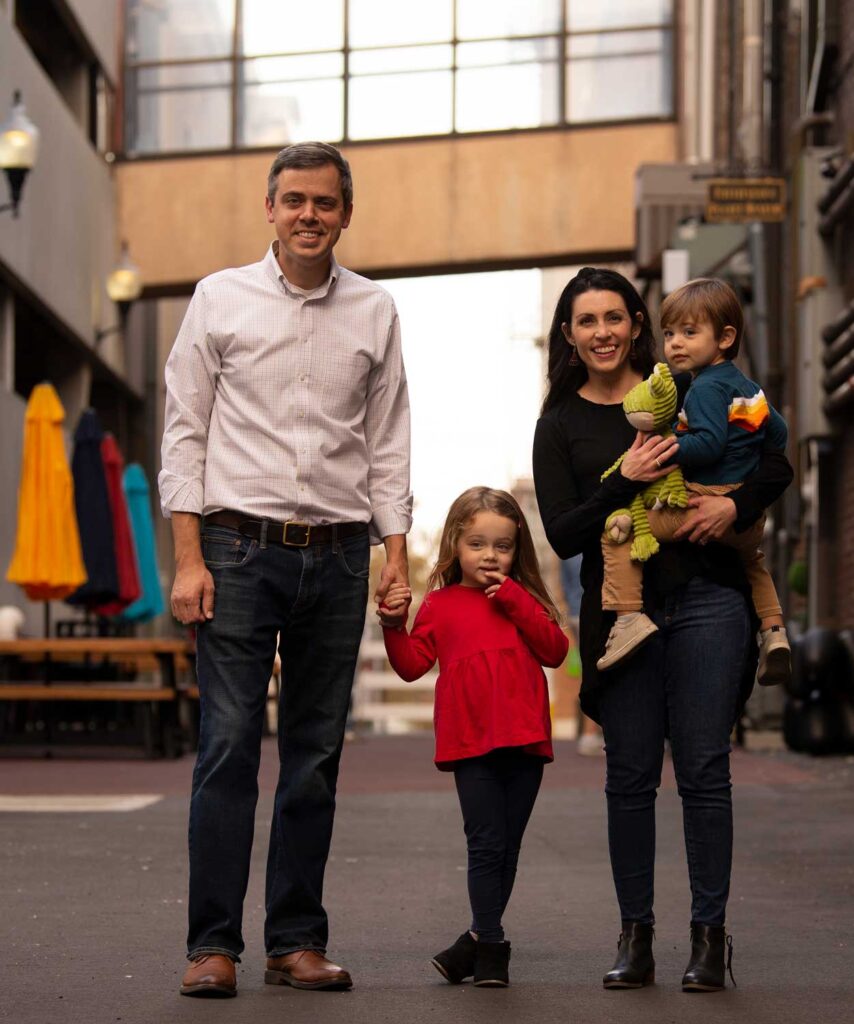 Elected in 2017, Toby has worked tirelessly with both his administration and all council members to see progress made in all five wards. This includes investments in neighborhoods across the city (paving, water and sewer improvements and major facility projects); helping renew Hattiesburg Public School District’s school bond to renovate schools and seeing many of those schools achieve high performing status; passing new mechanisms for investments in city parks; putting the city on solid financial footing once again – passing its first structurally balanced budget in 10 years; and securing federal funding for two overpasses in downtown Hattiesburg – solving a multi-decades old transportation and public safety issue.

As mayor, he has worked to build strong coalitions – relationships and partnerships – with the school district, local industry leaders throughout the pillars of the city’s economy (health care, military, education, manufacturing, tourism and small business) and more to champion a spirit of progress and optimism in the city’s future.

Toby Barker learned to build diverse coalitions to get things done during his 10 years in the Mississippi Legislature. He built a reputation as a problem solver who worked hard, took tough votes and unapologetically fought for his Central Hattiesburg district.

His election to the Mississippi House occurred in 2007, when he was elected to replace retiring District 102 Representative Lee Jarrell Davis. At age 25, he was the youngest legislator elected in Mississippi and the first elected in his generation.

As a representative, Toby served as Chairman of the House Performance Based Budgeting Committee. His other committee memberships include the Appropriations, Apportionment & Elections, Education, Medicaid, Public Health & Human Services and Technology committees. He established an evidence based process to evaluate all new program requests.

Toby’s top legislative achievement was co-sponsoring, negotiating and securing support for SB 2395 in 2013, which created the first ever state investment in early childhood education. Eight years later, the Hattiesburg Public School District earned a $2.1 million grant for its collaborative, which came as a result of this 2013 legislation.

Before being elected to the House, Toby served as director of the Southern Miss Business Assistance Center. With entrepreneurship services expanded into the Accelerator at The Garden, he launched Hattiesburg’s first business incubator in 2006.

Toby moved to Hattiesburg in 2000 to attend The University of Southern Mississippi, earning a B.A. in communications in 2004 and an M.S. in economic development in 2006. While at Southern Miss, he was heavily involved in the Student Government Association, being elected student body vice president as a freshman. He was also active in his fraternity, Pi Kappa Phi, as well as the Baptist Student Union and Men of Excellence. He served over two months as a summer missionary in Burkina Faso, West Africa and completed several short-term mission projects in Juarez, Mexico, New England, New Orleans and the Pacific Northwest. These mission trips led him into his field of economic development.

In 2015, he earned his Masters of Healthcare Leadership at Brown University.

He is a Rotarian with the Rotary Club of Hattiesburg-Sunrise and is also a Paul Harris Fellow. He also serves on the Hattiesburg Public School District Foundation Board and co-founded the Avenues Alliance.

Toby lives in the historic Parkhaven neighborhood with his wife, the former Kate Northrop of Quitman. They married in 2008, and they have two children, Audra (4) and Mack (2). They attend the Ekklesia Church in Hattiesburg.